Album of the Week #2: Moodswings In To Order 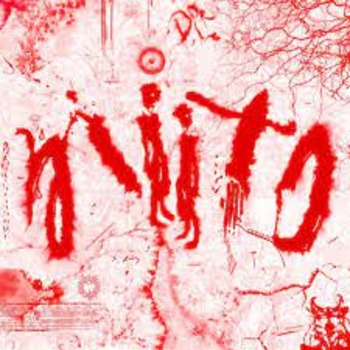 The album I’ll be talking about is “Moodswings in To Order” also known as MIITO by Australian rapper and singer, Christian Yu, or as he is more commonly known, DPR IAN. This would be the artist’s second and newest album. This album, like his previous one, delves more into his alter ego MITO -in a similar vein to Tyler, the Creator’s Igor- which depicts Christian Yu and his struggles with mental illness but in an artistically exagerrated manner. And like the title of the album suggests, the songs tend to have wildly different atmospheres with some being noticeably livelier and having a more euphoric feeling while others have a darker tone and command a gloomier mood.

Though each song is great in its own right, in my opinion, some get across the theme of the album more effectively than others. The track titled, “Sometimes I’m” is a particular favorite of mine. Other songs could definitely be rated higher than this one in terms of execution and technical skill but the first time I heard this song I just instantly felt connected to it; the lyrics, the instrumentals, and the mood of it are just extraordinary. It gave me a similar feeling as when I heard his first album but I also think that the guitar greatly contributes to the mixed ambiance of the song and the drums add to the intensity and chaos it’s trying to portray.

Next would either be “Calico’’ or “Ballroom Extravaganza’’ but I’m of the opinion that the latter deserves more analysis because the emotions and feelings of the song better reflect both the listener and the artist due to the heartful tone and passion the singer conveys. “Ballroom Extravaganza” illustrates a very desperate and hopeless scene and the amazing vocals from Christian Yu as the song ends lend themselves very well to the rest of the track. The sudden introduction of the other instruments impel the listener to feel and experience the same intense emotions of desperation and despair the artist expresses at the end of the track.

The next song I really enjoyed was “Mood”. I mainly enjoyed this track because like “Sometimes I’m,” it gave the same vibes as his previous album and its themes of ups and downs. The song presents a conflicted state-of-mind, with Christian Yu going back and forth between a lively and hopeful tone to a more pessimistic attitude, and what makes this even more incohesive is the ecstatic and funky atmosphere that the chorus takes on. Additionally, the background instruments clashing with the funky tone give that part of the song a more sophisticated and put-together sound.

The last song I’ll review is the 8th track titled, “Winterfall”. If I’m being completely honest, I didn’t enjoy this song at first but it grew on me following subsequent listens. The song begins with a very simple chord progression and gets progressively more intense until it reaches the end. This is one of the songs in the album that gives off a euphoric impression which is something that I definitely wasn’t expecting in this album but was nevertheless a pleasant surprise.

While the other songs on the album are likewise as impressive, the songs highlighted in this article are ones I believe stuck out the most to me as they best encapsulate the tone that Christian Yu aims to communicate with this album. No doubt to other listeners, different songs would present themselves as equally deserving of emphatic praise.