Album of the Week #3: Banish the Banshee 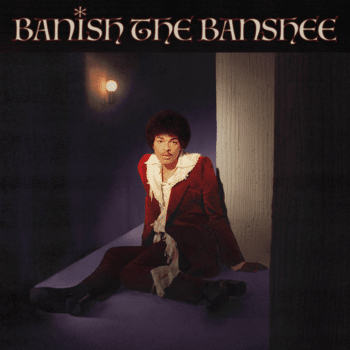 ‘Banish The Banshee’, an album by alternative pop singer-songwriter Isaac Dunbar, provides a wide spectrum of styles and themes.

While “Sunburn,” “Fool’s Paradise,” and “Tainted Love” are all about love gone wrong, the stories the songs tell are each very different. “Sunburn” delves into the metaphor of love being fun for a bit but hurting later– like being in the sun. In the chorus, Dunbar sings, “You’re making it worse, ‘cause all your kisses linger like a sunburn.” This is a feeling many people can relate to: wanting someone in the moment and regretting it when it haunts you later. “Fool’s Paradise” serves as a ballad about regretted love in the long-term. Dunbar sings, “Your love did nothing but lead the way, to a world full of pain. Now that you’re gone, now I know better.” Instead of a sunburn that lingers and fades, “Fool’s Paradise” talks about a love that’s “full of pain,” a heartbreak. “Tainted Love” is about realizing the love is wrong but you want it anyway. He sings, “I need your love … just give me that tainted love.” Rather than falling in love and regretting it later, “Tainted Love” addresses bad love without regret– the kind you still want more of.

“Bleach” and “Banish The Banshee” are both about being outcasted– but “Bleach” is about the triumph of cutting loose the ropes tied around you by others, while “Banish the Banshee” has a more pessimistic outlook. “Bleach” is Dunbar breaking free. “I’m gonna bleach my hair to make my parents mad … I’m gonna pierce my face in my rebellion, wow, what a sin … I ordered a car and left my lover.” “Bleach” is optimistic, a fresh start, a new beginning. It’s about making the changes you need to make to feel like yourself, and to be rid of the people who are holding you back. On the other hand, “Banish The Banshee” is about accepting that you can’t have what you want. In fact, Isaac encapsulates this perfectly in the words, “I want what I can’t have, and that’s okay.” It’s a satirical religious metaphor about spite towards religious upbringings.

“Money On That,” “Gummy,” and “This Is An Intermission” are the outliers in this album, but no less exceptional. “Money On That” covers the ups and downs of new love: the rush of confidence that occurs when you realize someone likes you back, and the anxiety that they’ll change their mind. “It’s not easy being this pretty, it’s so hard to be a charm every day,” shows the affirmation that comes with being liked. “It’s so hard to be a lover, ‘cause I think about myself, and how I’d like to be your baby, but that wouldn’t be fair to you,” shows the fear that you aren’t enough for someone, that they deserve better. (Hint: You’d be wrong) “Gummy” is a satirical look at an old Greek god: Aphrodite and her Roman counterpart, Venus. This song doesn’t precisely have a discernible meaning, but it’s enjoyable regardless. Dunbar sings about having spent a night with the goddess of love herself, “A romance … we slow dance, she confessed, ‘Isaac, I thought you were gay,’ no, not today.” “This Is An Intermission” is simply a good time. It’s simple but effective– hinting at more music to come by its placement at the end of the album. Like a visitor leaving but promising to see you agian, sooner rather than later

Banish The Banshee can provide songs to lift you up, help you when you’re down, and depicts the feeling of a toxic yet intoxicating love that many can relate to. While not a new theme by any means, the album presents its own style and take on an old subject.