Album of the Week #5: Either/Or 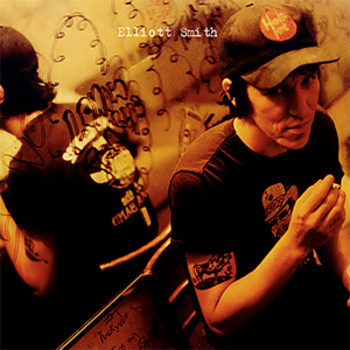 Released on February 25, 1997, Elliott Smith’s Either/Or comes in at just under thirty-seven minutes long. As his third solo album and first following the dissolution of Portland rock band Heatmiser, its twelve tracks embody his voice— raw, rough, and resilient— as it was before he signed a contract with DreamWorks Records. The album, loaded with symbolism and themes, connected deeply with his audience and Either/Or became his best-selling album.

As Elliott Smith was a philosophy major in college, Either/Or’s title is a direct reference to Søren Kierkegaard’s book of the same name. The album was recorded, alongside Mic City Sons, throughout 1995 and 1996 in a makeshift studio called The Heatmiser House on SE Ankeny at 20th Avenue in Oregon. Heatmiser’s Mic City Sons was more subdued than their earlier work and bridged to the subtlety of Either/Or. Elliott Smith juxtaposed his introspective lyrics with dynamic chord progressions and chromatic melodies, defining himself as a newly solo artist.

“Speed Trials” introduces Either/Or by exploring a dominant theme in Smith’s work: substance use. Smith describes his reliance on familiar coping mechanisms and reluctance to confront the things that need to be resolved. In “Pictures of Me,” Smith delves into public image, with abrupt drumming preceding the double entendre “Everybody’s dying just to get the disease.” Further into the album, “2:45 AM” returns to Smith’s experiences with drugs. The line “Looking for the man who attacked me while everybody was laughing at me” indicates drug-induced paranoia.

In 1996, director Gus Van Sant scouted Elliott Smith to be a part of his film Good Will Hunting’s soundtrack. Beside “Angeles” and “Say Yes” from Either/Or, he contributed “No Name #3” from Roman Candle and a new track: “Miss Misery.” When Good Will Huntingproved to be a success, Smith was nominated for an Academy Award and asked to perform “Miss Misery” live. Despite not winning the award, he still got a lot out of the experience.

“That’s exactly what it was, surreal. I enjoy performing almost as much as I enjoy making up songs in the first place. But the Oscars was a very strange show, where the set was only one song cut down to less than two minutes, and the audience was a lot of people who didn’t come to hear me play. I wouldn’t want to live in that world, but it was fun to walk around on the moon for a day.”

Sadly, Elliott Smith died on October 21, 2003 due to stab wounds. Though his history of depression has led many to blame suicide, his autopsy revealed other defensive wounds and that the first stab wound had been fatal. His girlfriend Jennifer Chiba claimed to be locked in their bathroom following a fight with Smith, and authorities failed to conduct a conclusive investigation disproving homicide.

Either/Or highlights the suffering in Elliott Smith’s life—though he was a person beyond his mental illness. It is impossible to reduce him to less than so when hearing his music and considering its legacy.

Smith continues to influence artists today. Los Angeles-based singer/songwriter Phoebe Bridgers emulates Smith’s apathetic melancholy in her albums Stranger In the Alps and Punisher. Bridgers explained to the New Yorker before the release of the latter that she even “wrote a song about how, if Elliott Smith were alive, [she] probably wouldn’t have been the most fun person for him to talk to … as if [she] were the punisher.” Her work also echoes his production choices, like double-tracking on vocals seen in Smith’s “Speed Trials” and Bridgers’s “Garden Song.”

Either/Or sits in a transitional state between intimate acoustic demos and relatively polished studio productions. The album may not be viewed quite the same after its creator’s death and a quarter of a century, yet its tracks remain relevant. To listen to Either/Or, without pause or shuffle, is to understand the person that created it—to understand Elliott Smith’s pain via the outlet through which he chose to express it.