We added a thank you message at the author's request.

Bioterrorism and Psychological Warfare: A Trans Perspective on the Anti-Trans Legislation

Special thanks to Ezana Demissie for their help with this article. 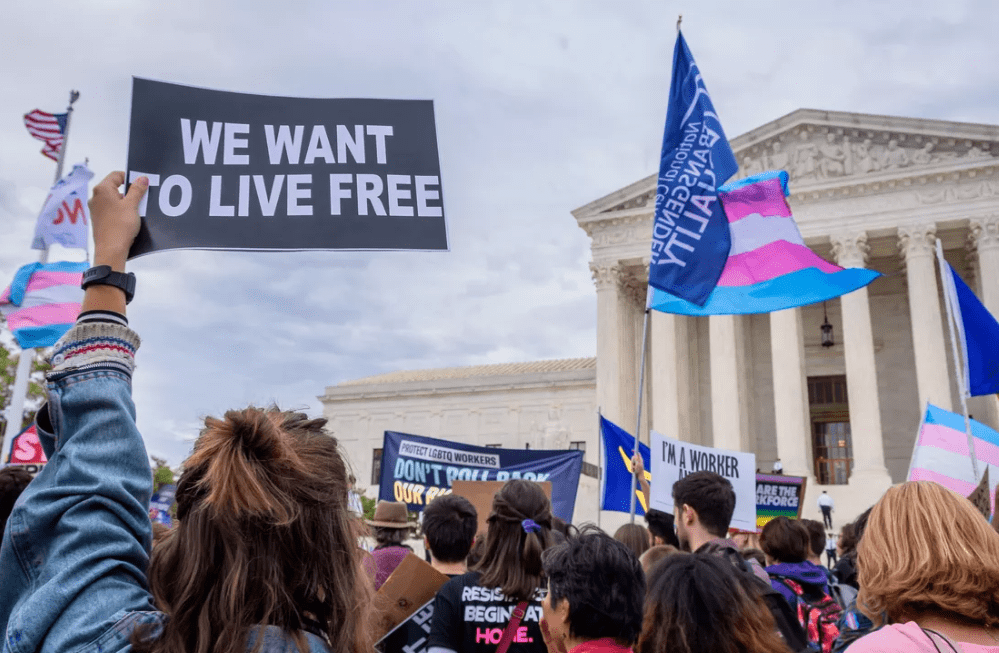 This crushing thing, this weight that has occupied my chest these past weeks is not new. It sits there, brooding, every time I remember just how precarious my position is as a trans woman.

Texas, Florida, and Idaho have passed bills banning those under the age of 18 from medically transitioning and/or banning the ability to talk about queer issues, including educating kids about gender dysphoria, in schools. Even more states have similar bills being introduced, including Rhode Island.

Bills S2501 and H7539 are currently working their way through the Rhode Island General Assembly. S2501 is a new introduction of a bill that is attempting to ban trans girls from participating in school sports. H7539 would restrict teaching about a number of things in schools, including any mention of supremacy, ‘racial guilt,’ ‘racial fragility,’ or other phrases the proponents deem ‘racial slurs.’ It would also prohibit any discussion of what they call ‘sexualizing children,’ effectively meaning any mention of gender dysphoria or queer sexuality. Finally, it would prohibit teachers from calling their students anything but their legal name and the pronouns assigned to their sex assigned at birth, without parental consent.

Trans people have alarmingly high suicide rates. However, access to gender affirming care, a supportive home enviroment, and the ability to use an accurate name all reduce this suicide rate. Attempts to limit these supports will not result in fewer trans kids; they will only result in fewer living trans kids.

Forcing trans people to go through a puberty that will wreak havoc on their mental health is nothing short of bioterrorism. You do not get to tell me what puberty I have to go through. Barring trans kids from gender affirming healthcare is not waiting until they can make a more ‘rational decision’ (as if our choices are any more respected after we turn 18). It is forcing kids to be ravaged by a set of hormones and changes that are fundamentally harmful. This would worsen already existing incongruences between our bodies and our minds and cause dysphoria. Forcing children to undergo this should be understood as nothing less than an attack on our mental health.

The psychological warfare is more subtle, but no less harmful.

TW: The next few paragraphs will discuss suicide.

Milo Winslow was a thirty-year-old community organizer from Lincoln, Nebraska. He testified in front of the Lincoln City Council in support of an ordinance that would expand protections to the queer community. He took his own life on Thursday.

This came not after a depressive episode brought on by a mental illness or by a change in medication, but after 18,500 citizens of Lincoln signed a petition to force this ordinance to be put to a popular vote in order to prevent it from passing.

May his memory be a blessing.

Milo is an extreme example of what every trans person I know is experiencing right now. We are all afraid. We are all shaken. We are all depressed. It is terrifying that this country cares so little for our lives that it would pass bills they know will kill us. This is psychological warfare. Even if the bills introduced in Rhode Island do not pass, the message they send is clear: we do not care for your life and we want you gone. We want you out of our state, out of our schools, out of our country, out of our community.

Things are not getting better for us right now. They are getting worse. Progress on trans liberation, like progress on all liberation, is not linear. We are not suddenly released from the chains of personal and systemic transphobia and transmisogyny because the president says he has our back. We need to fight, now and always, until the very memory of transphobia and transmisogyny have been driven from our society and from the world at large.

If you have the energy and the strength to try to fight back, please register at lu.ma/transri to join a meeting from 6 to 8 P.M. this Friday, March 11. We will be talking action as well as taking some space to heal and learn together.

When trans lives are under attack, we Act Up Bash Back!