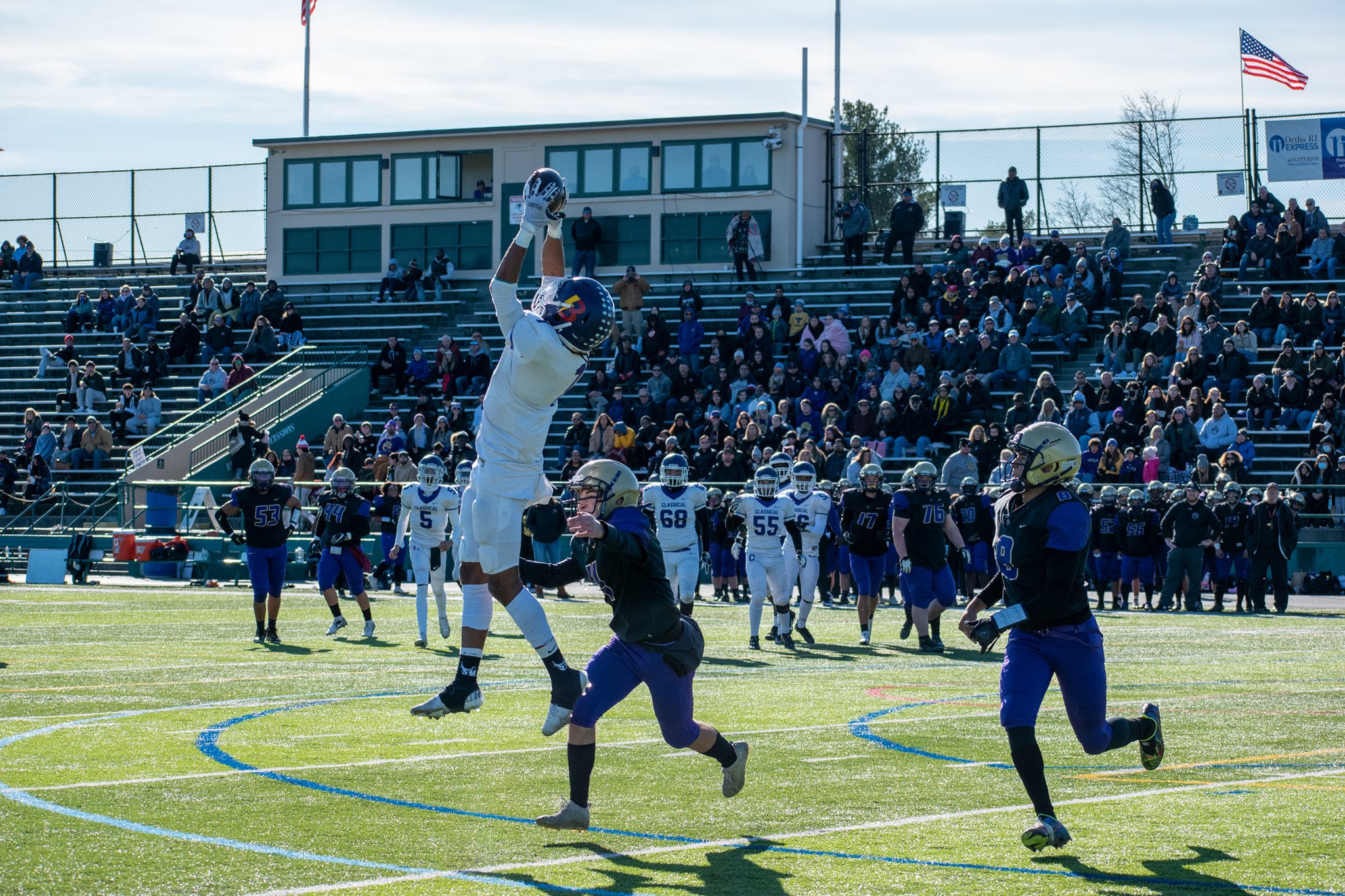 CRANSTON–After a 30-19 defeat to St. Raphael Academy to finish off their regular season, not many people predicted that Classical would come storming back to beat their rivals in the Division II Finals. But none of that mattered to the Purple, who tuned out the outside noise and ignored the so-called pundits in order to win the program’s first title since 2007.

“Being the underdog didn’t really matter to us,” said senior Elijah Nyahkoon. “We didn’t listen to the outside noise…[it] only made us work harder.”

The game started off relatively slow: a concerted defensive effort from both sides kept things scoreless until the second quarter, when Saints star Andre DePina-Gray finally broke through into the endzone. Following a missed field goal attempt which kept St. Rays’ lead at 6-0, Classical quarterback Jalen Dennis responded by finding wide receiver Marquis Buchanan for a game-tying touchdown. Sophomore Tyler Lee followed up with a successful point-after attempt and Classical entered the half with a slim 7-6 lead.

The second-half marked a significant change of pace as the Purple stormed out of the gate with a 70-yard touchdown run from senior Edwin Domenech. They continued to build on their lead on the following drive when Buchanan showcased his all-around wizardry by forcing a fumble to overturn possession. Classical continued to advance downfield, allowing Nyahkoon to run it in from the 3-yard line to put his team up 21-6. The Saints kept fighting however, and Moses Meus found the endzone to make it 21-14 with 5 minutes left in the third quarter. 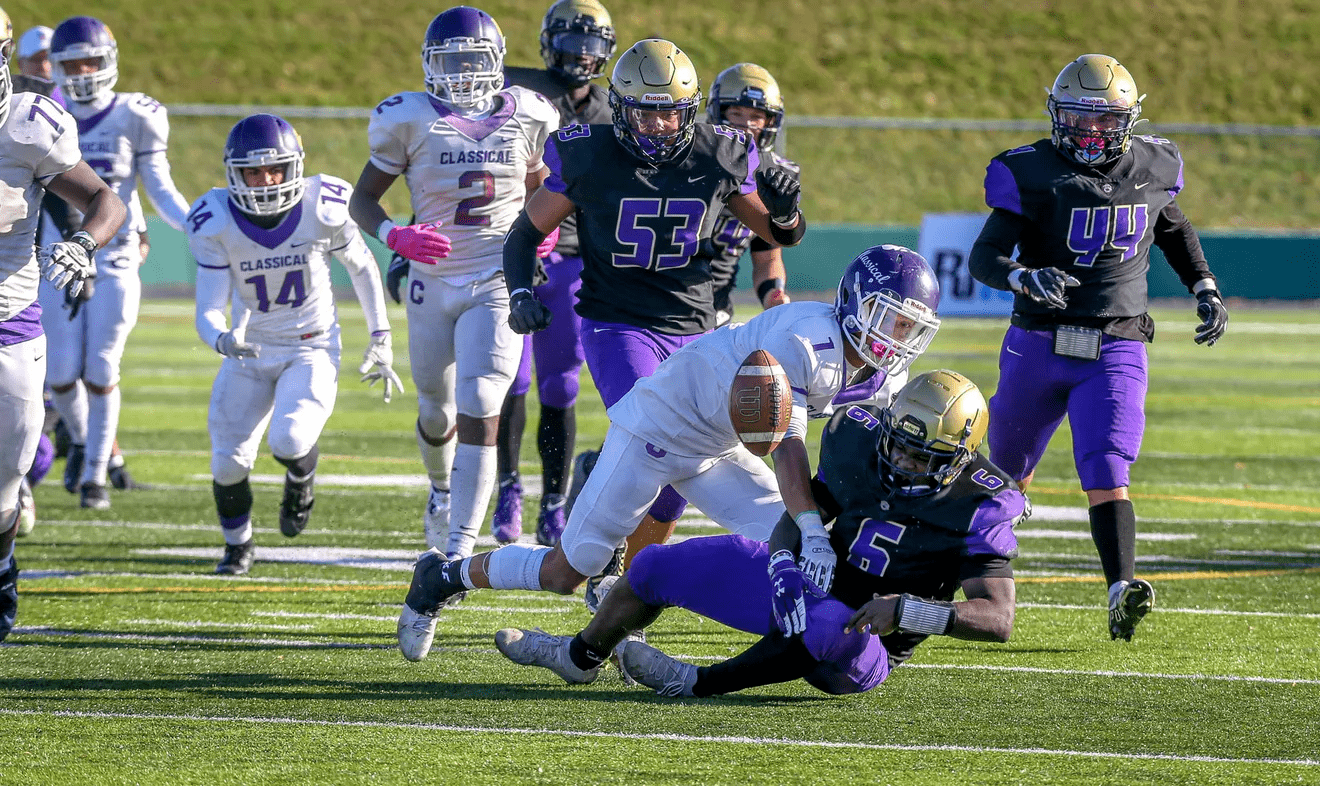 That was how things stood with 1:44 left in the game, and St. Ray’s only hope at that point was to force a turnover. Nyahkoon, however, had other ideas. The wide receiver capped off a perfect day by muscling his way through the Saints’ defensive line and outrunning everyone for a 38-yard touchdown. Just like that, Classical had its title.

It’s been 14 long years since the football team won a Division IV championship in 2007, a period of time which can feel like eons in high school sports. What is even more incredible about the victory, however, is that, until this year, Classical had never even made the playoffs in Division II, let alone win it all.

Nyahkoon would end up taking home the MVP hardware; however, the true strength of this team all year long has been the incredible talent and versatility top to bottom, with every man fully buying into the classic “do-your-job” mentality.

“Everyone had to step up today, from the offensive line to the receivers,” Nyahkoon said. “We had guys that made plays at the right time. We wanted this game more than everything… We prepared all week and [we] made it happen.” 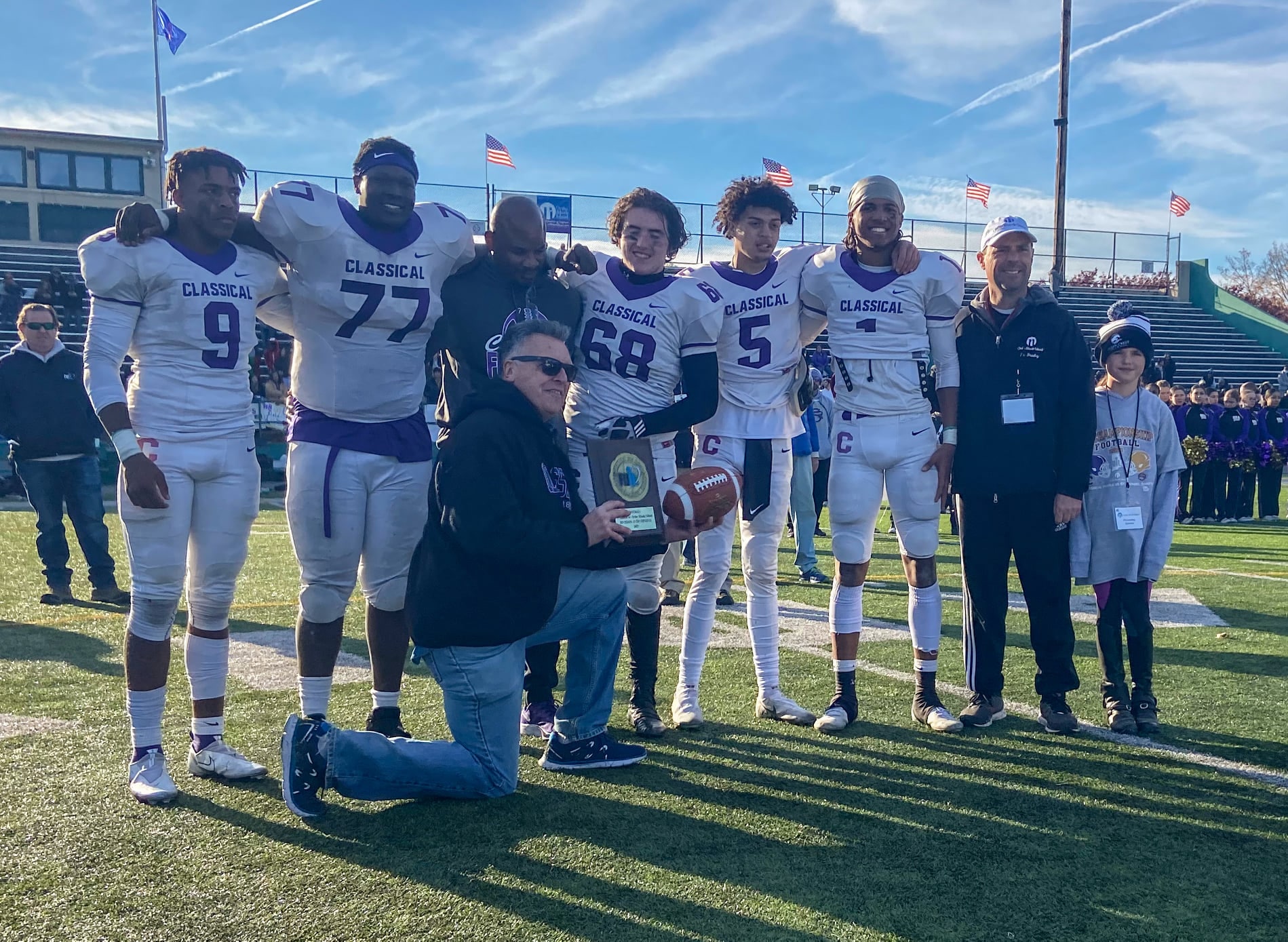