The Classical Football Team is Locked In for the Superbowl 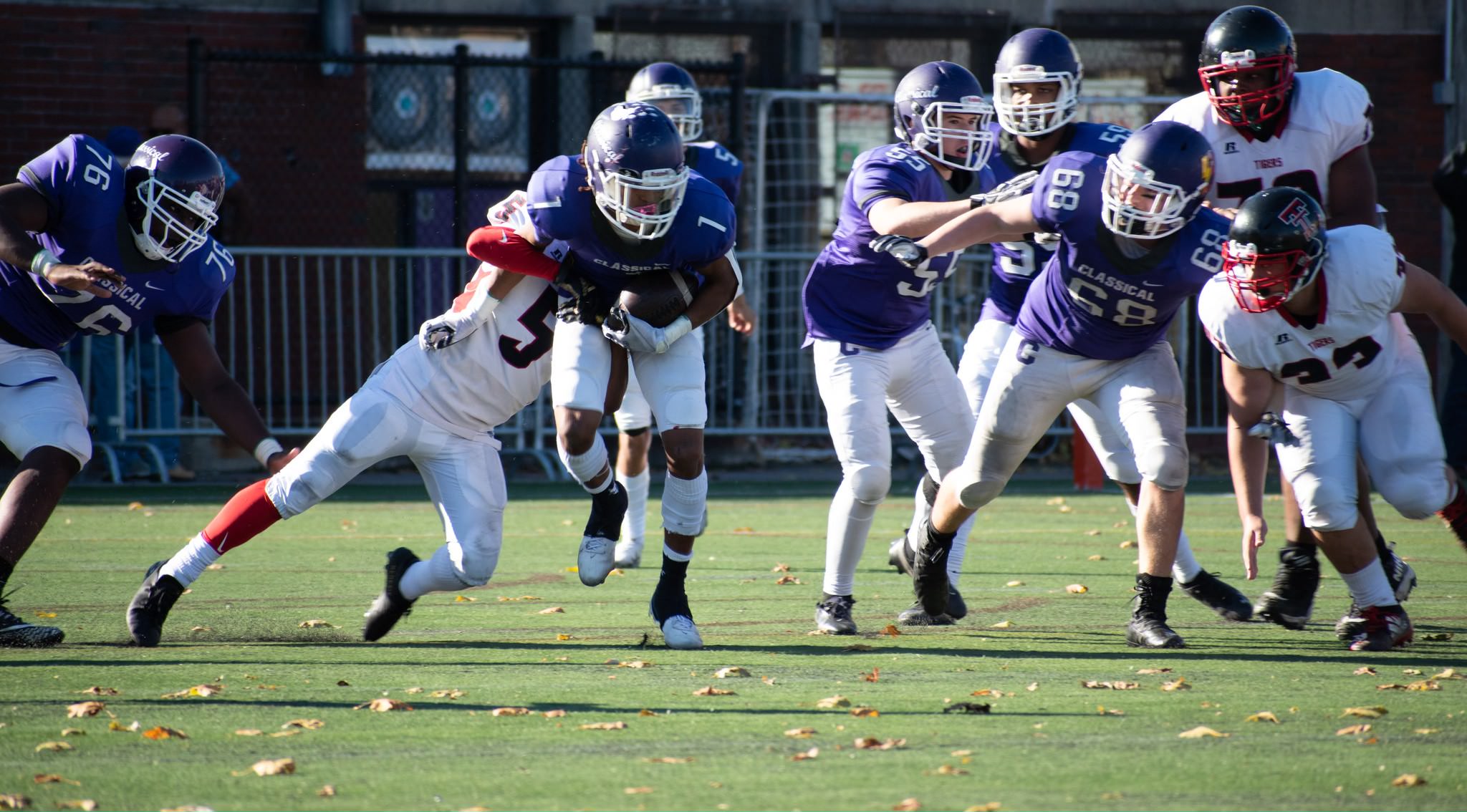 There is only one Classical sports team left to watch this fall.

Tomorrow at noon, the Purple’s football team vies for the Division II championship against its rival, St. Ray’s. There is no question that the players will leave everything they have on the Cranston East field.

Having lost to the creatively named St. Ray’s Saints, 37-19, on Classical’s senior night, the Purple look to redeem themselves and capture the title. The team is well aware of St. Ray’s abilities, and Classical’s role as the “underdog” has only motivated them more. The Purple have adjusted some of their plays to better handle their opponent. Senior Captain, Elijah Nyahkoon, emphasizes the need to “load the line of scrimmage” to contain St. Ray’s star player, Andre Depina Gray. Moreover, it is “crucial to limit our turnovers on offense,” because at their last matchup with the Saints, the Purple’s offense was plagued by fumbles and interceptions. Also, previously injured key players have returned, such as linebacker Xavier Williams, who is essential to the Purple defense.

This season has been a monumental one for the Classical football program. This is the first time, ever, that the team has made the Division II playoffs, let alone the championship game. Although their season got off to a slow start, from players being sidelined because of Covid to a shocking early loss to Moses Brown, the team has been able to learn from its mistakes and come together to make history for the school.

Leading this extraordinary effort are senior captains Tosin Awosika, Marquis Buchanan, Jalen Dennis, Max Gleadow, and Elijah Nyahkoon. The team has complete trust in its signal caller, quarterback Jalen Dennis, who Matthew Altieri lauds as, “the best quarterback in the state.” The Dennis to Buchanan connection is feared by defensive backs throughout Rhode Island. No doubt, Coach McCall has prepared the players well for this last ride and will make the right calls and adjustments to ensure a Purple victory.