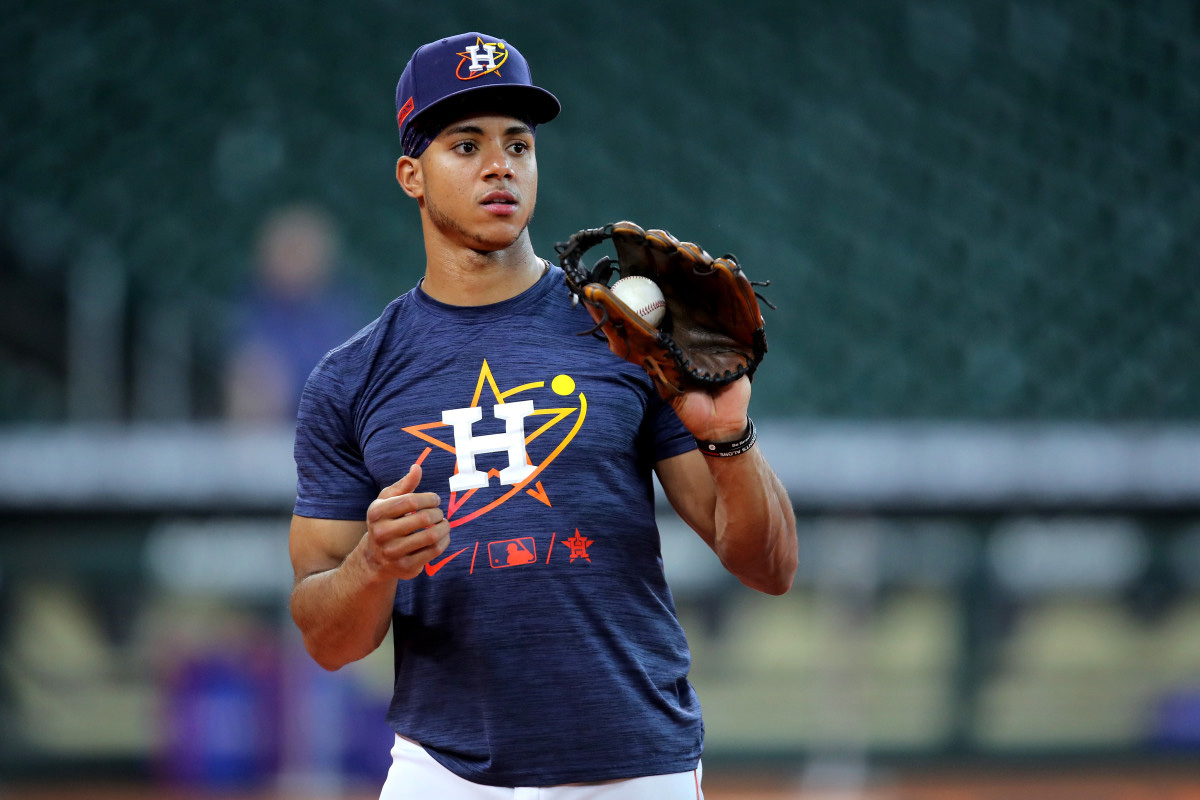 When Houston Astros Manager Dusty Baker first saw Jeremy Peña during spring training in March 2021, Baker wasn’t sure about the rookie. Over Baker’s thirty-five years as a player and manager in Major League Baseball, he had watched a lot of players come and go. “You don’t know if guys are going to come in, tear it up, or guys are going to come in and fail until they get in that situation,” Baker said in a recent nationally televised interview.

Here at Classical, there was never any doubt. Peña, aka La Tormenta, played shortstop for The Purple from 2011 to 2015. Classical Athletic Director Mr. Palazzo knew right away, “He made some plays even pros couldn’t make. In my twenty-six years at Classical, I’ve never seen anything like it.” Classical’s former longtime baseball coach, Coach Wnuk, summed up his first practice with Peña: “he was just sooo good.”

Mr. Palazzo and Coach Wnuk were right about Peña. During his time at Classical, Peña received first team All-State and first team All-Division accolades and led his team to four winning seasons. During Peña’s junior season, Coach Wnuk remembers how coaches from opposing schools would ask him about Jeremy: “Who is that kid? I’ve never seen anyone play like that.” After graduating from Classical, Peña’s incredible journey continued at the University of Maine, where he received the American East Player Award and was named to the American East Second Team. He was drafted in the 3rd round of the 2018 MLB draft by the Astros and then played for the Astros’ AAA minor league team, the Sugarland Skeeters. Peña was called up to the majors this year, and, as they say, the rest is history.

Much has been reported on Jeremy’s incredible performance during the Astros’ postseason: .345 batting average, 4 home runs, and a world series MVP award. When we spoke to Coach Wnuk, he of course acknowledged Jeremy’s immense baseball talents, but what Coach emphasized the most about Peña were his qualities off of the field. “If somebody made an error, when they came back to the dugout, he would say ‘C’mon, we’ll get them next inning.’ If I had a son, I would want him to be like Jeremy.” Coach Wnuk reiterated several times that “he was just a nice kid” who was always a team player. Coach Wnuk also pointed out that Jeremy’s father, a former MLB star himself, came to many Classical practices with his glove and a bucket of balls to help the other players with their fielding techniques.

Jeremy’s humble personality, desire to learn coupled with sportsmanship on and off the field have made Jeremy a superstar. We’re tremendously proud to have one of Classical’s very own representing the school at such a high level on the largest baseball stage in the world!