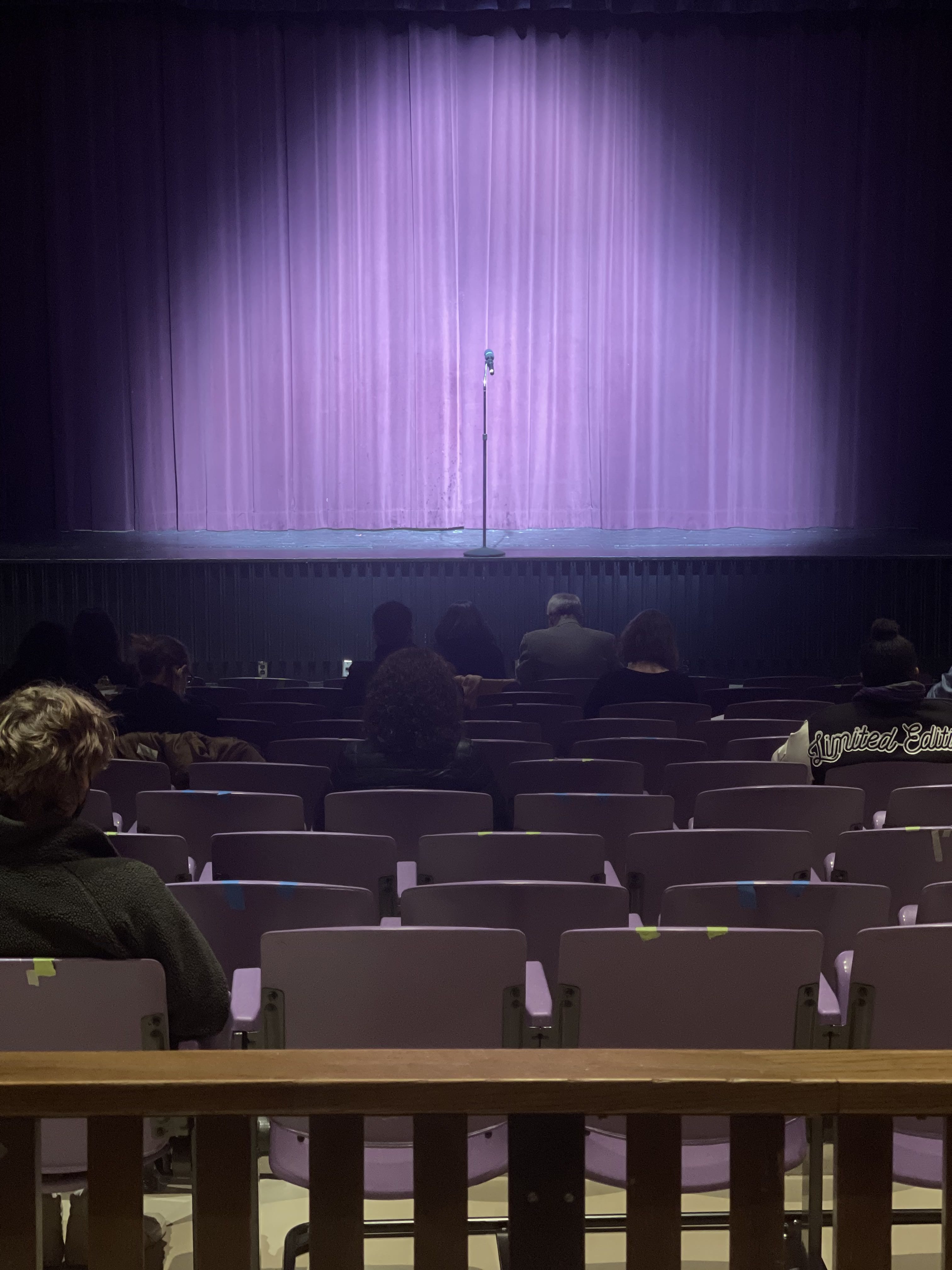 On Wednesday, February 16, the annual school-wide Poetry Out Loud recitation contest was held. This competition is a national arts education program created in 2005 that aims to encourage and promote the study of poetry for high school students in the United States. Students are judged by physical presence, voice, articulation, dramatic appropriateness, evidence of understanding, accuracy, and overall performance. Students across all grades from Classical’s English classrooms memorized poems and performed them in front of their classes, and the best were selected to compete on Thursday.

A large variety of poems were performed, from Emily Dickinson to Edgar Allen Poe to Gwendolyn Brooks. Some were more recent, others from centuries past. The poems ranged greatly in length, the delivery in tone and voice.

Damon Drury, one of this year’s competitors, performed I heard a fly buzz-when I died-(591) by Emily Dickinson, and a song in the front yard by Gwedolyn Brooks. Damon clearly connected with Brooks’s words, and that translated to the audience. Damon said she chose the poem because they “really admire Brooks’ work.” When asked about why she chose her second poem, Damon answered, “I really related to the poem, it’s all about going against your parents expectations and wanting to experience a darker side of life.” 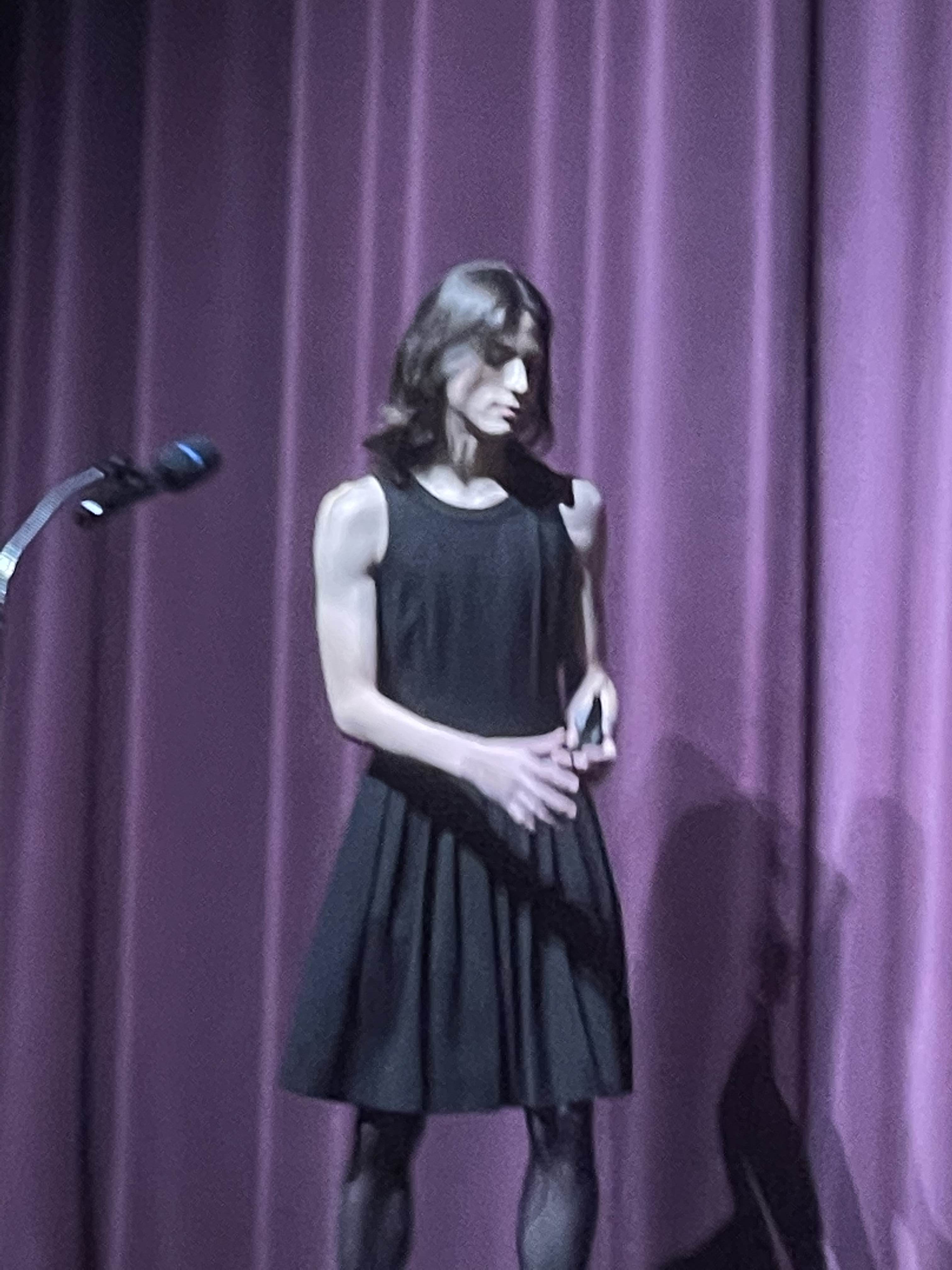 Felix Leitner-Mittersinker, a senior who has competed in Poetry Out Loud through years past, displayed incredible articulation and captured a nearly horrific narrative while performing The Dream Play by A.E. Stallings. Each syllable was carefully pronounced in an even tone. He quickly memorized his poem by splitting it into blocks, and going through them. When asked about the difference between performing that night and performing in his freshman year, he said that “freshman year felt a lot more like a chore, and this year [he] really started liking [his] poems and enjoying the whole, sort of, process.” He was awarded second place on Thursday night.

The winner of the night was Mariama Bandabaila, a senior who had previously gone to the state competition in their sophomore year. She will go on to compete again on March 6th. Her performances of Cartoon Physics, part 1 by Nick Flynn and History Lesson by Natasha Tretheway were animated and consisted of lots of gestures and eye contact. An audience member stated that Bandabaila “looked like a poet and displayed incredible understanding of the poems she picked.” In an interview after her performance, Bandabaila said she feels great, and very refreshed. Bandabaila noted that it “took a lot to memorize both of [her] poems.” Her process involved practicing with a mirror and lots of repetition. They scrolled through the Poetry Out Loud website and looked at a large selection of poems, but didn’t pick their performance until the day of the deadline, when Ellen Anderson, Head of the English Department and coordinator of Poetry Out Loud at Classical, applied some pressure. Mariama Bandabaila said that they were given the space to express themself through their poem, as their “second poem was about race, and [their] first poem was more fun, and [they] felt like [they] could just let loose and do it.” Bandabaila hopes to pursue something theater related in the future.

Contest coordinator Ellen Anderson stated that this competition was very similar to previous years. Students took it very seriously, put their hearts into it, and the result was a culmination of powerful performances. Anderson said that the pandemic affected on this year’s performances, as more students got nervous and ran into accuracy problems. She believes that it didn’t have to do with a low level of preparedness, but more a lack of confidence and comfort being on stage, maskless, and around people. Last year’s digital competition had negated those issues. Anderson feels that the performances were still extremely strong and impactful, regardless of any issues students ran into. It takes great courage to put yourself out there and she applauds all students who made it to this point in the competition. 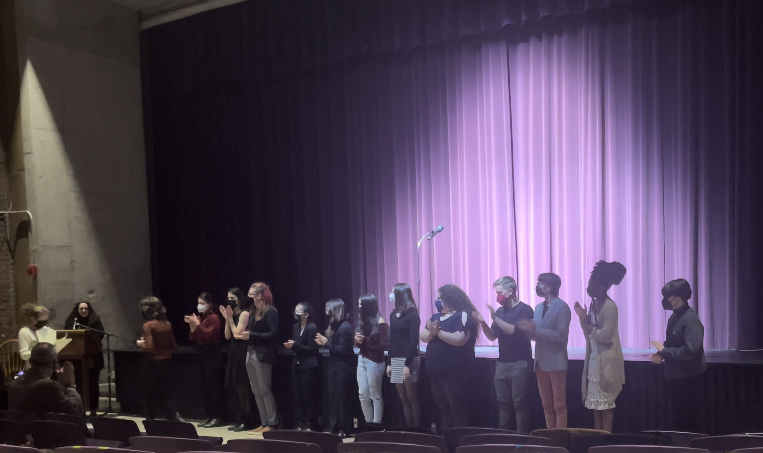 POL competitors line up in front of the stage.

You can come support Mariama Bailabanda at the state competition on Sunday, March 6th at the Odeum Theater in East Greenwich from 10 a.m. to 2 p.m.